Charley Harper's work was everywhere growing up in Cincinnati, Ohio. I rediscovered his work on a recent trip home. He is now my patron saint of simplicity. His journey to find his own style found him happily settling on a two dimensional world.

Charley Harper was born in a small town in West Virginia in 1922. After a stint in the Army and a stint in the too big of a city of New York, he settled in Cincinnati. He met his wife Edie studying at the Art Academy there. After graduation they set out to discover, paint and photograph the Great American West. 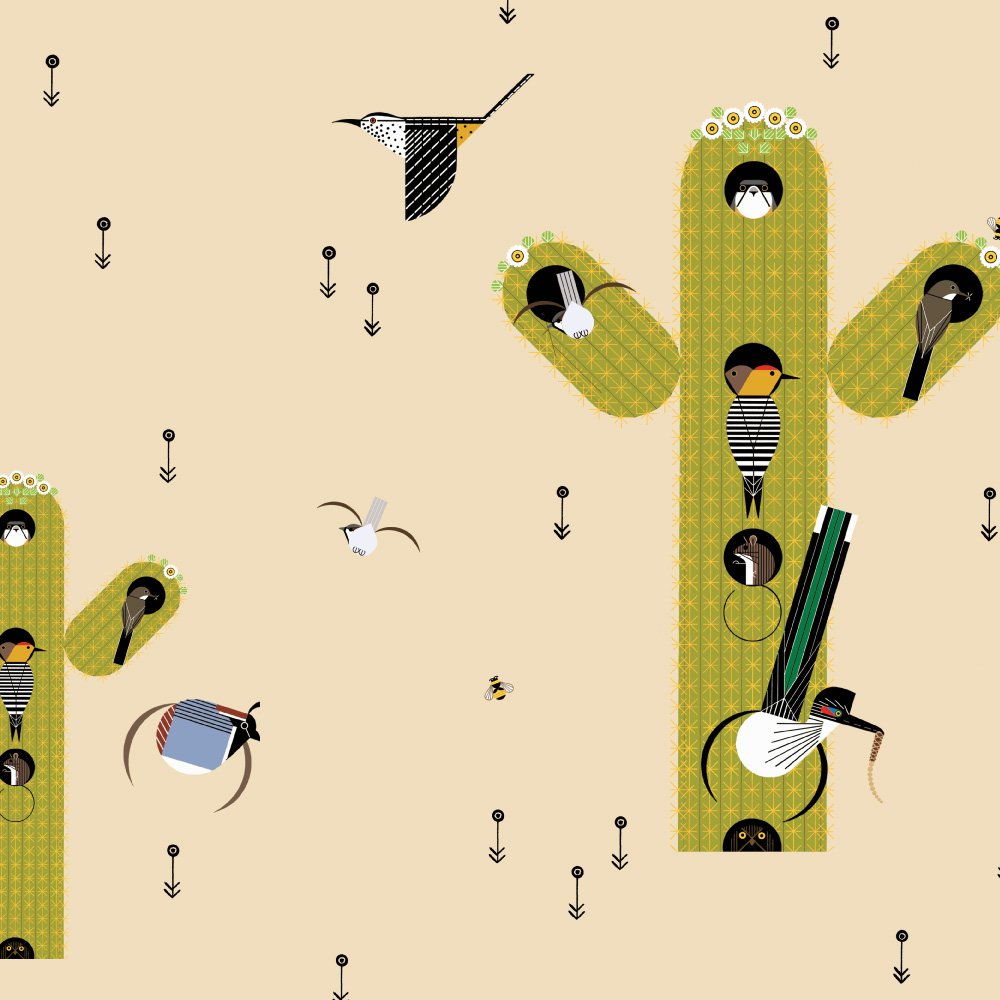 On this journey out West, Charley started to lose interest in Realism, In his words:

"I felt fettered by the laws of perspective and shading and decided that the constant attempt to create the illusion of three dimensions on the two-dimensional plane was limiting. It was only one’ of the tools at the artist’s disposal; I wanted to try others. I concentrated on trying to simplify the great natural forms and symbolize the design underlying the surface clutter." 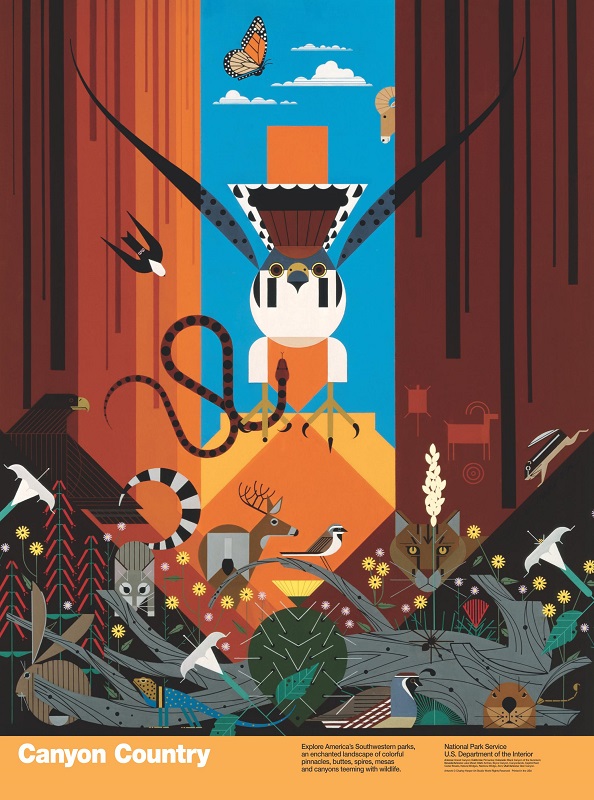 These words resonate with me for a very real reason. I have never deemed myself an "artist." I see myself more as a hack. I cobble together ideas of others. As much as possible I try to do things myself, but my skills (and patience and sense of accuracy) are limited. I too struggle with 3 dimensions! I have settled on a style that works within my skill set.

Charley's early struggles with his style were not for lack of skill. His son penned a biography that celebrated his talents as an exceptionally talented realistic painter, something that surprised many. It was assumed he illustrated in his style because he didn't know how to render realism. To the contrary, he thought that he had nothing new to add to the vast cannon of realistic work.

Charley's style evolved to become what he described as "Minimal Realism." He got a job as a commercial illustrator, but his celebration of all the wrinkles and warts and cysts was not what was deemed commercial at that time. I love this image he created of a fruit fly on a decomposing banana. Have you ever seen such a striking bug? 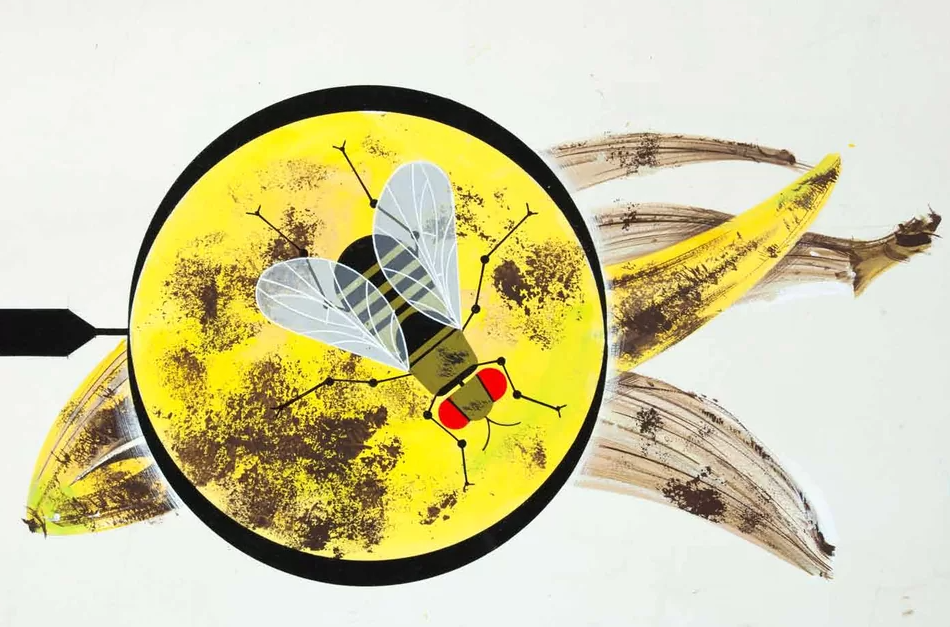 Charley Harper celebrated shapes, color combinations, patterns and behavior. Viewing his work has the same effect as getting lost in an M.C. Escher print. "In a world of chaos, the picture is one small rectangle in which the artist can create an ordered universe."

The depth of his humor makes me yearn to dive deeper into his work. Charley viewed a pun as the "purest form of creativity." He described how he would wake up in the middle of the night with a pun in his head, he would put it on paper then draw the corresponding image the following day.

This intelligent wit made him perfectly suited to design work for educational and conservation organizations. THIS is the Charley Harper I knew from growing up in Ohio. His posters for the Cincinnati Zoo and Nature Centers were everywhere. 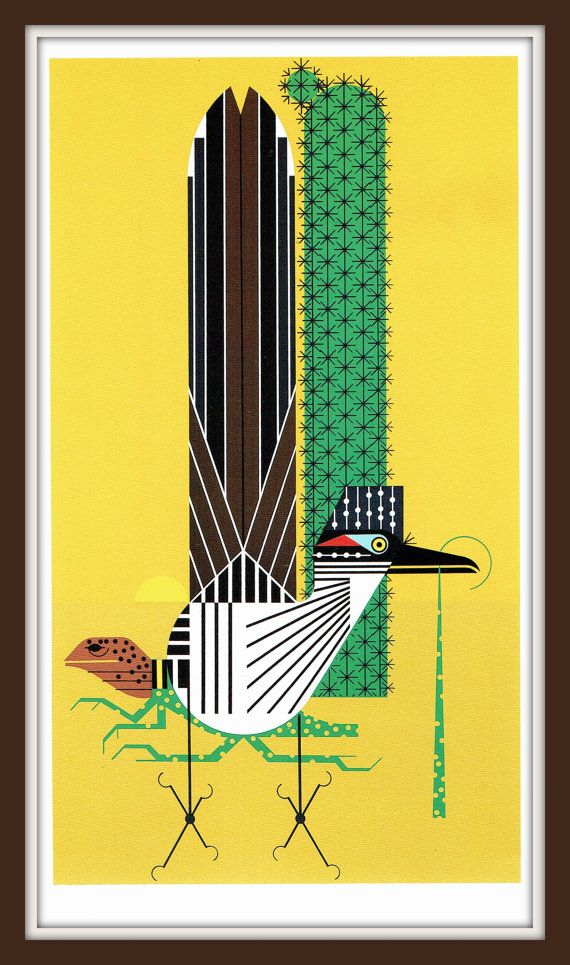 Thank you Charley! For sharing with us the beauty of your simplicity.